Building Android Kitkat from Source for Nexus 5 on Ubuntu 14.04 LTS

This is an update for Building Android Kitkat from source on Ubuntu 13.10 for the latest version of the Android which android-4.4.2_r2 (Build: KVT49L) on the new 14.04 LTS version of Ubuntu. 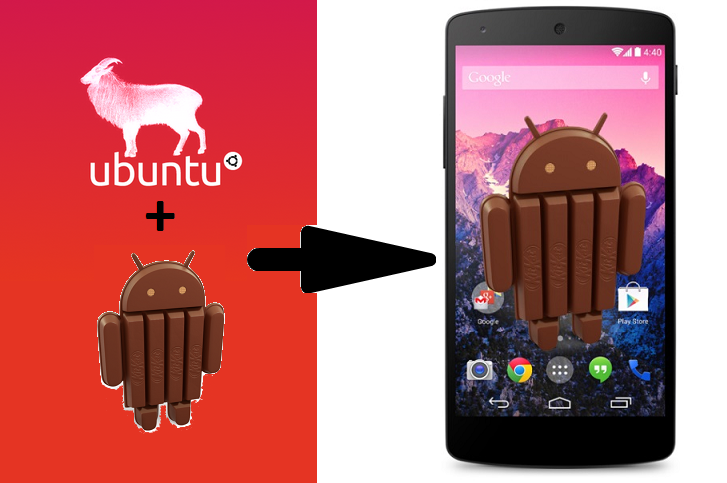 We would be targeting this tutorial for the Nexus 5 device codenamed 'hammerhead', however similar procedure can be followed for Nexus 7C 2013('deb') or Nexus 7 ('Grouper').

As discussed in the previous post the procedure remains nearly the same. There are minor changes that would help to make this updated build work. But First: 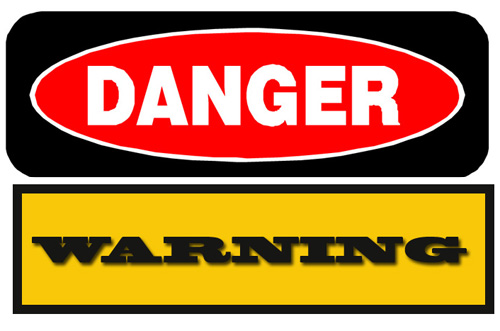 DISCLAIMER: If you proceed on the steps provided it will surely cause damage to your Nexus 5 device and the Author of this article will not be held responsible for any losses or damages of any type caused by following the steps below.

Now for the steps.

[0] PC and Other Requirements:

The basic system requirement are same as stated in the earlier post.

# PC configuration to have a decent build performance:
# Nexus 5 with PC Cable

The update package requirements from Ubuntu have changed so the particular step would need some correction to help install the required packages needed to build the Android Kitkat.

[1._ ] Most of the commands need to run in a terminal window so we need to open it before starting any of the below steps. The easy way on Ubuntu is to press the keyboard combination Ctrl + Alt + 't' else one can also go to the app launcher icon and type "terminal"


[1.a] Correcting and Installing Java

This time the problem is that we can not use the offical Java update from Oracle.
Instead we need to use the Last java version available in the JDK1.6 SE pacakge.
To do so one needs to signup at Oracle Java website: https://login.oracle.com/mysso/signon.jsp
After sign-up and login into the Oracle website use the JDK1.6SE u46 version link to get to the download area.
Now one needs to select the correct package:
Finally after downloading these files one needs to extract them and add to the path here are the commands:
This would help to place the directory to path. Next there would be restart needed for the Terminal to enable the new path to take effect.
Note: If you have multiple Java installation then better ignore the last line and add it as per your requirement. We use both Java7 SE for application development and Java6 for Android. Hence we modify the path when needed.


[1.b] Installing the package dependencies into Ubuntu

This would take some time to get the complete download done and then the dependency fixes need to be applied:
sudo apt-get install -f
After this we need to do the following linking:
sudo ln -s /usr/lib/i386-linux-gnu/mesa/libGL.so.1 \
/usr/lib/i386-linux-gnu/libGL.so
This completes the installation of dependencies and necessary packages to begin our build

In order to obtain the Android source code from Google there is a special tool called "repo". This tool enables us to download all the component repositories sources that come together to make Android OS source for a specific version.

Finally adding this to the path to help us get the tool working
echo 'export PATH=$PATH:$HOME/bin' >> ~/.bashrc && \
source ~/.bashrc
We are now ready to obtain the source code from Google for Android OS

This would set up your identity that would be part of this source code checkout
Finally we can Initialize the Repository using the following command:
repo init -u https://android.googlesource.com/platform/manifest -b android-4.4.2_r2
This command will take some time to finish as it creates the basis for the list of location from which the different components are downloaded.

Now we are ready to receive the real code:
repo sync -j4

For 'hammerhead' and Android Kitkat Release download the binaries at this link:
https://developers.google.com/android/nexus/drivers#hammerheadkot49h

Finally extract the Vendor Specific binaries by the following commands:
./extract-<filename>.sh
You need to enter the "I ACCEPT" at the end of license notices to execute the program.

Perform this for all the three files extracted above.

For 'Grouper' Nexus 7 these binaries are available at: https://developers.google.com/android/nexus/drivers#grouperkot49h

For 'deb' Nexus 7C 2013 these binaries are available at: https://developers.google.com/android/nexus/drivers#debkot49h

Now we are ready for the next big step - Compiling!

Now to select the type of device we give the following command:
lunch

This would display a menue:

Select the option '13. aosp_hammerhead-userdebug' choice by entering '13'.
Now we are ready to start the build.
make -j4

Here the "-j4" switch would help to run the build on Quad core.

This process would take some time ranging from 30minutes to 3hours depending of your PC performance and configuration.
After this is done you are ready with your source to flash the image into your device.

DISCLAIMER: If you proceed on the steps provided it will surely cause damage to your Nexus 5 device and the Author of this article will not be held responsible for any losses or damages of any type caused by following the steps below.

This would definitely damage your device and load the image of Android OS built in the previous steps. In order to perform this step one needs to unlock the bootloader as explained in the XDA forum post.
Connect your device into the Linux PC. And give the command in the existing terminal prompt from the earlier step.
adb root
adb reboot bootloader
cd out/target/product/grouper

This would help you enter the bootloader mode. And change the directory to the place where the actual build image files are located
Final command that would kill the device and load your compiled image:
fastboot oem unlock && fastboot -w flashall

This would load the complete image into your device and then reboots it.

Now in order to restore the device back to its original os follow the steps outline in another post. Although this is for the Nexus 7 device the similar steps work for Nexus 5 device also.
at 9:47 PM Links to this post

Using GCC in Keil : Best of Both worlds

We were evaluating different IDE's for development with our newly acquired STM32 board that we posted about earlier and a new Stellaris Launchpad . The initial example that we covered was completed in Keil environment. Next we wanted to extend beyond the 32KByte limit imposed by Keil so we need to look for alternatives. Although we were quite happy with coocox IDE, we needed some thing with lot more debugging options. Even though the CCS IDE from TI is good but for older PC's like ours its difficult. This lead us to work with Keil, but under the hood GCC would do the heavy lifting. 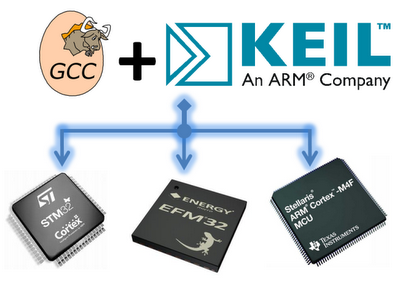 We would explain the process of compiling for thee different ARM Cortex-M3 architectures and all that you would need to get started on that.

UPDATE 19,Apr 2014: There has been some changes to the STM32 Standard Libs location